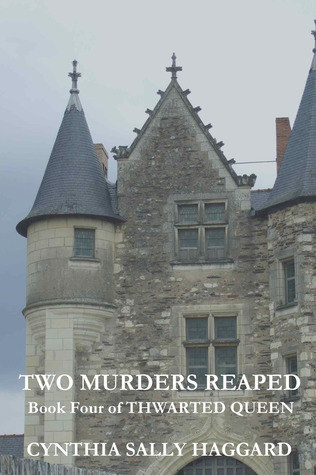 Cynthia Sally Haggard - Born and raised in Surrey, England, CYNTHIA SALLY HAGGARD has lived in the United States for twenty-nine years. She has had four careers: violinist, cognitive scientist, medical writer and novelist. Why does she write historical novels? Because she has been reading them with great enjoyment since she was a child. Because she has a great imagination and a love of history that won't go away. And because she has an annoying tendency to remember trivial details of the past and to treat long-dead people as if they were more real than those around her.Cynthia's biggest influence was her grandmother, Stephanie Treffry, who had a natural story-telling ability. As a widow in 1970s Britain, Grandma Stephanie didn't drive a car, so would spend time waiting for buses. Her stories were about various encounters she had at those bus-stops. Nothing extraordinary, except that she made them so funny, everyone was in fits of laughter. A born entertainer, Cynthia tries to emulate her when she writes her novels.In case you were wondering, she is related to H. Rider Haggard, the author of SHE and KING SOLOMONS'S MINES. (H. Rider Haggard was a younger brother of her great-grandfather.) Cynthia Sally Haggard is a member of the Historical Novel Society. You can visit her website at spunstories.