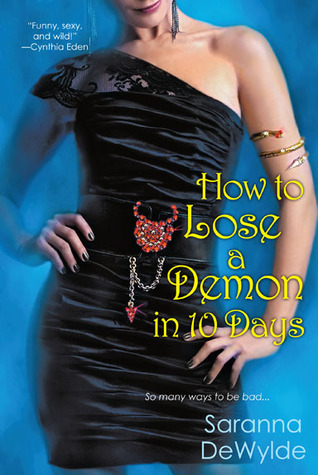 How To Lose a Demon in 10 Days Reviews

Saranna DeWylde - Saranna De Wylde has always been fascinated by things better left in the dark. She wrote her first story after watching The Exorcist at a slumber party. Since then, she’s published horror, romance and narrative nonfiction. Like all writers, Saranna has held a variety of jobs, from operations supervisor for an airline, to an assistant for a call girl, to a corrections officer. But like Hemingway said, “Once writing has become your major vice and greatest pleasure, only death can stop it.” So she traded in her cuffs for a full-time keyboard. She loves to hear from her readers.Saranna writes nonfiction under the name Sara Lunsford. Her memoir about her time as a corrections officer called Sweet Hell on Fire releases Nov 1 from Sourcebooks.